Thank you!
Thank you! Your submission has been received!
Oops! Something went wrong while submitting the form.
Home
/
Blogs
/
The Big 5 Personality Test for Employment: What You Need to Know 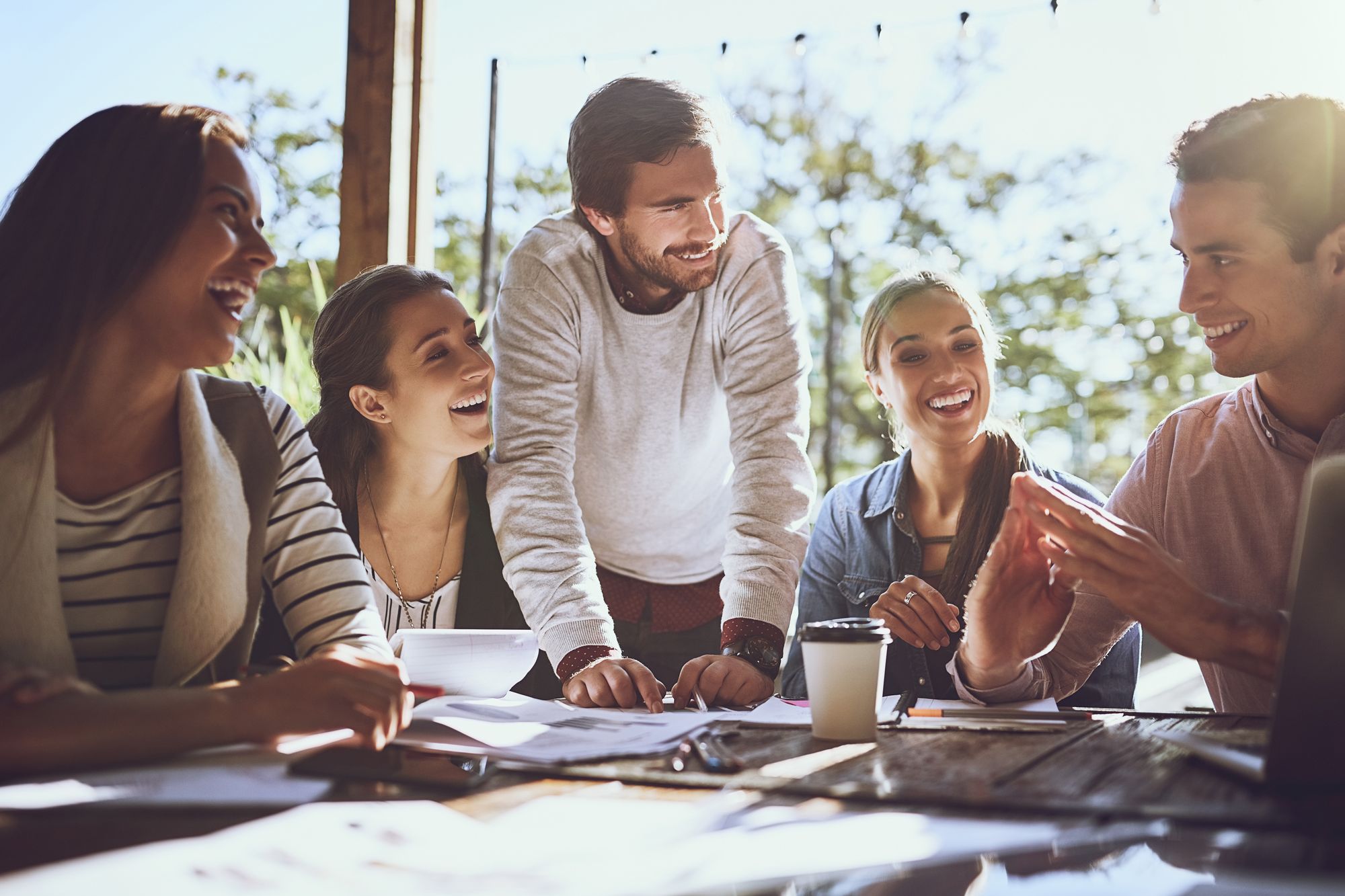 The Big 5 Personality Test for Employment: What You Need to Know

Content is reviewed to provide accurate, clear, and reliable information. Learn about our editorial process

As a candidate, you probably know that the hiring process involves taking a test or more. But what about pre-employment personality tests? What are they? And what do they mean for candidates like you?

Put simply, knowing what your character and personality are like can help you find a job that's suitable for you.

These tests uncover the hidden aspects of your personality. They're especially useful for candidates just starting out their careers and those considering senior or managerial roles.

In this article, we're going to focus on a specific type of pre-hiring test known as the Big 5 Personality Test or the OCEAN test. Then, we'll explain what the results mean for you as a candidate.

What are pre-employment tests?

In the full cycle recruitment process, there's a testing or assessment phase.

This phase can include a technical skills test or a personality test. Or both.

The purpose of these tests is to show the recruiter that your skills fit the job they have. The personality test, specifically, isn't about whether or not you're technically fit. Rather, it shows the employer what you're like before they meet with you.

You probably already know that it's not easy to understand other people's characters. Even amongst your friends. You probably didn't fully understand them the moment you met them. You probably took a few months to figure out each one's quirks.

The same applies when to candidates and jobs. And the truth is, not all candidates fit the jobs they apply for.

While there are many pre-employment tests out there, we're focusing on the Big 5 Personality Test.

What is the big 5 personality test?

The big 5 personality traits test is a test that candidates take at some point during the hiring process. This type of test acts as an indicator of a candidate's hidden character and traits.

And it's the most commonly-used by employers and recruiters.

Why? Because it helps recruiters see what candidates are like and if they fit in with the work environment, culture, and the position they've applied for.

The big five test is designed to focus on five personality traits, which are:

Combined, these five traits make up the acronym OCEAN, which is another name for the big 5 test.

It's worth mentioning that a candidate's big 5 test scores may change. But this takes time.

"While personality trait measures tend to be fairly consistent over a short period of time in adulthood, they do change over the course of a lifetime. There's also reason to believe that deliberate personality change is possible," notes Psychology Today.

Now that you have an idea about the OCEAN test, let's examine what each of the five traits means.

It's worth mentioning that when it comes to the big 5 personality traits test or any other pre-employment test, there's no right or wrong. These tests don't measure technical skills.

How the big 5 personality test helps you as a candidate

As you can see, a high score in any of the five personality traits isn't necessarily a good thing. The same with a low score. As a candidate, your target shouldn't be to reach a certain score. It's about understanding your personality and finding jobs that fit you.

As Psychology Today notes, sometimes candidates would deliberately attempt to change their personality traits. In most cases, this is a means of self-development.

For example, extroverts tend to be good at networking and in sales jobs, whereas introverts are the opposite.

An introvert would, therefore, try to be more comfortable around people to rise in their company or find better opportunities.

At the same time, a candidate who scores higher in 'neuroticism' is likely to struggle in a fast-paced environment. They're also likely to obsess about certain details, making them potential micro managers, for example.

Similarly, if you're aiming for a managerial role, your test results will tell you if you'll be able to handle the tasks associated with becoming a manager. Will you be able to manage a team? Or are you more likely to be disorganized and unable to handle stress?

If you're an introvert-type, managing people might prove a handful. However, if you rank high in conscientiousness then you may be a good fit.

This means that the big 5 personality test isn't about showing what's bad or wrong with your character. Rather, it's about how well you'll fit in an employer's role and team.

What the OCEAN test isn't

Pre-employment tests, including the OCEAN personality test, aren't designed to make you succeed in a specific job. Instead, they tell you – and the employer – if you're a good fit.

However, if the job involves a technical skills test and you fail that test, the results of your personality may or may not encourage the employer to hire you.

This occurs with junior roles or jobs that don’t require creativity or advanced technical skills.

If a position involves making dozens of daily calls and attending events and networking with people, and your big 5 test shows you're an introvert or have high neuroticism, an employer would instantly see that you're not a good fit for that role.

Get your big 5 test with Velents

As a candidate, the big 5 personality test helps you understand yourself better and how and where you can thrive.

By knowing what empowers you – and what doesn't – you can focus on finding work that suits your personality.

In doing so, you'll find it easier to adapt, find security in your role, and grow at your own pace.

What is company culture? importance, types, how to build your own? 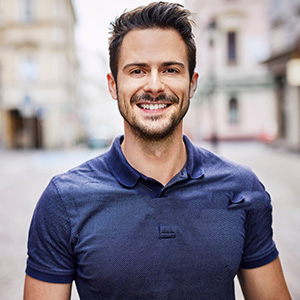 What to say in the Video Resume (Video resume Tips)

Your Video Resume shouldn’t exceed 60–90 seconds. you should stress on the communication skills which is the most important skill in the business nowadays, this is the proof you have it! 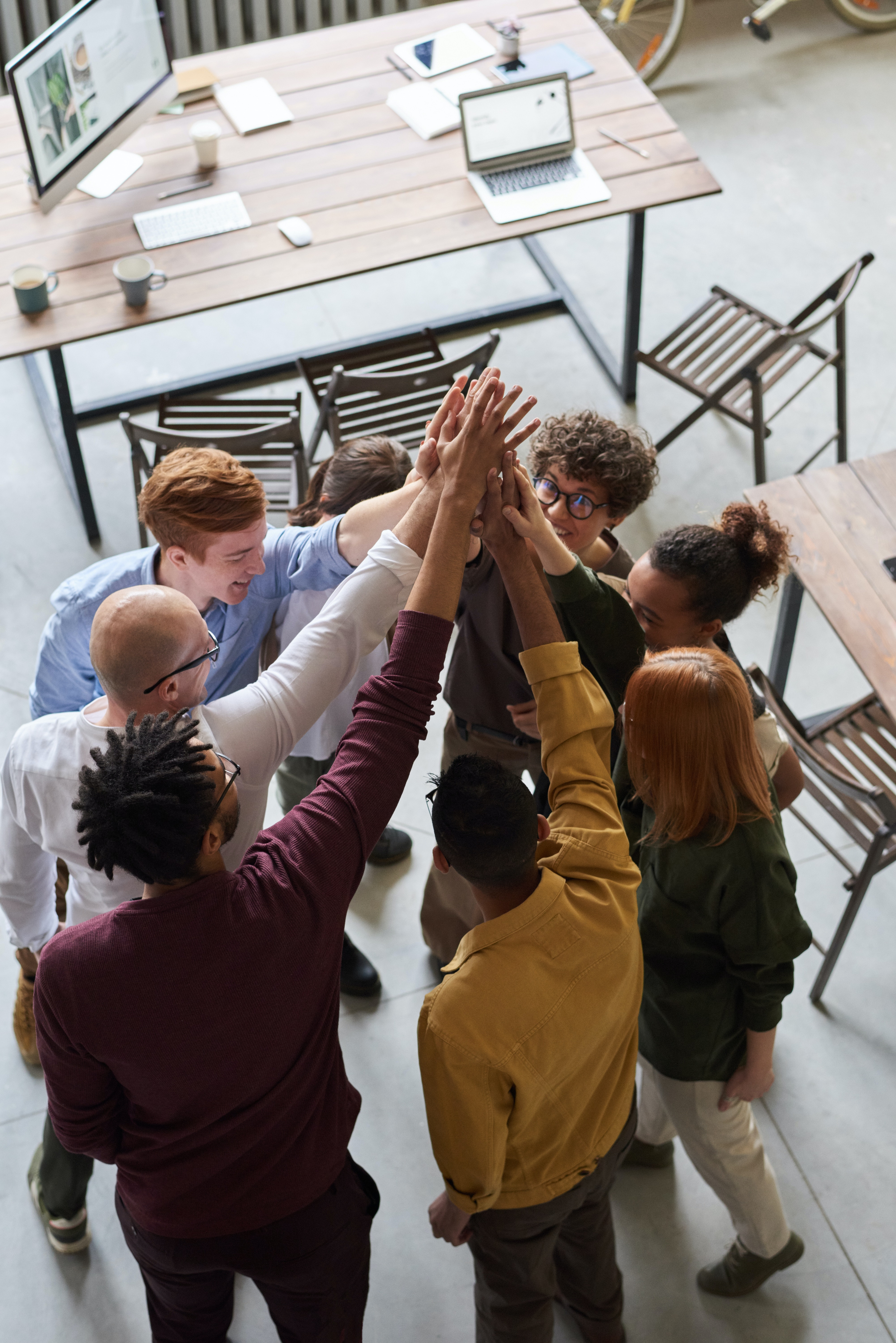 What is company culture? importance, types, how to build your own?

company culture is where you want to live, a convenient environment where you can achieve your goals, meet your success, talk with your colleagues and what decisions are best to make. 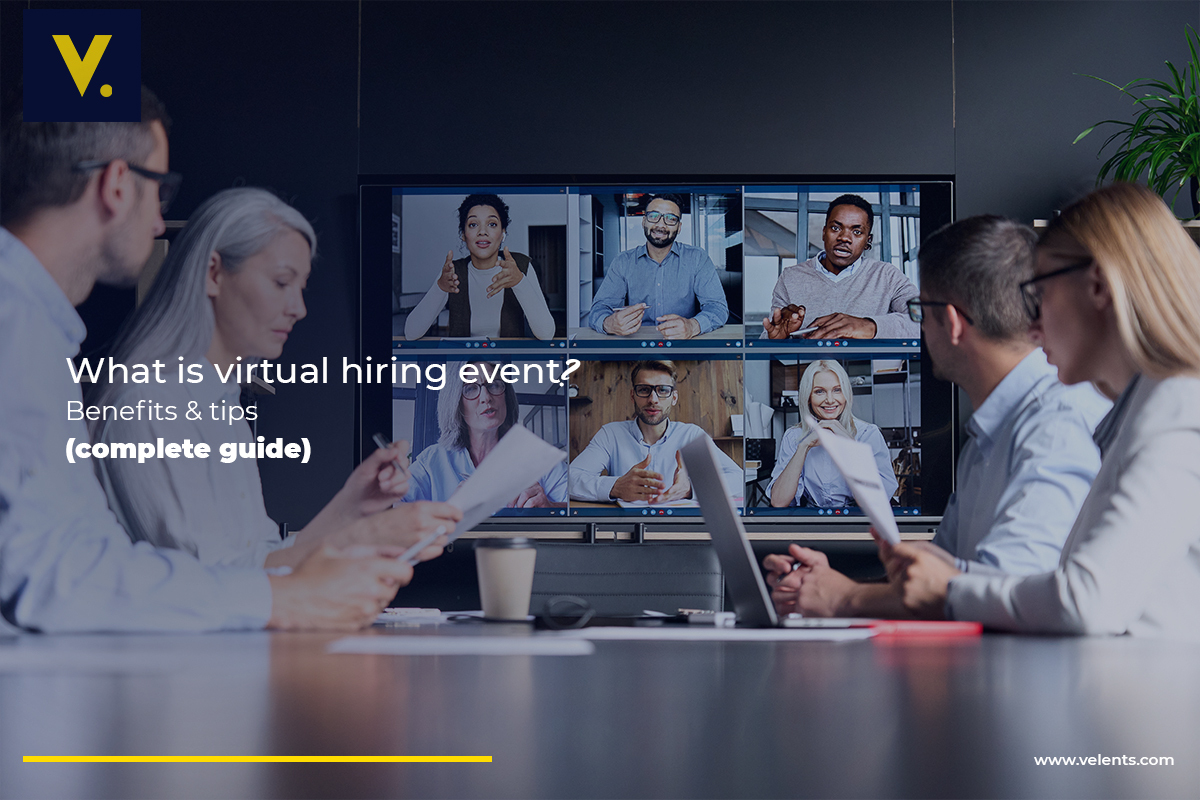 What is a virtual hiring event? Benefits & Tips [Complete guide]

Virtual hiring event is a career fair that is conducted online. Job seekers can connect with employers, submit their resumes, and even interview all from the comfort of their own homes. 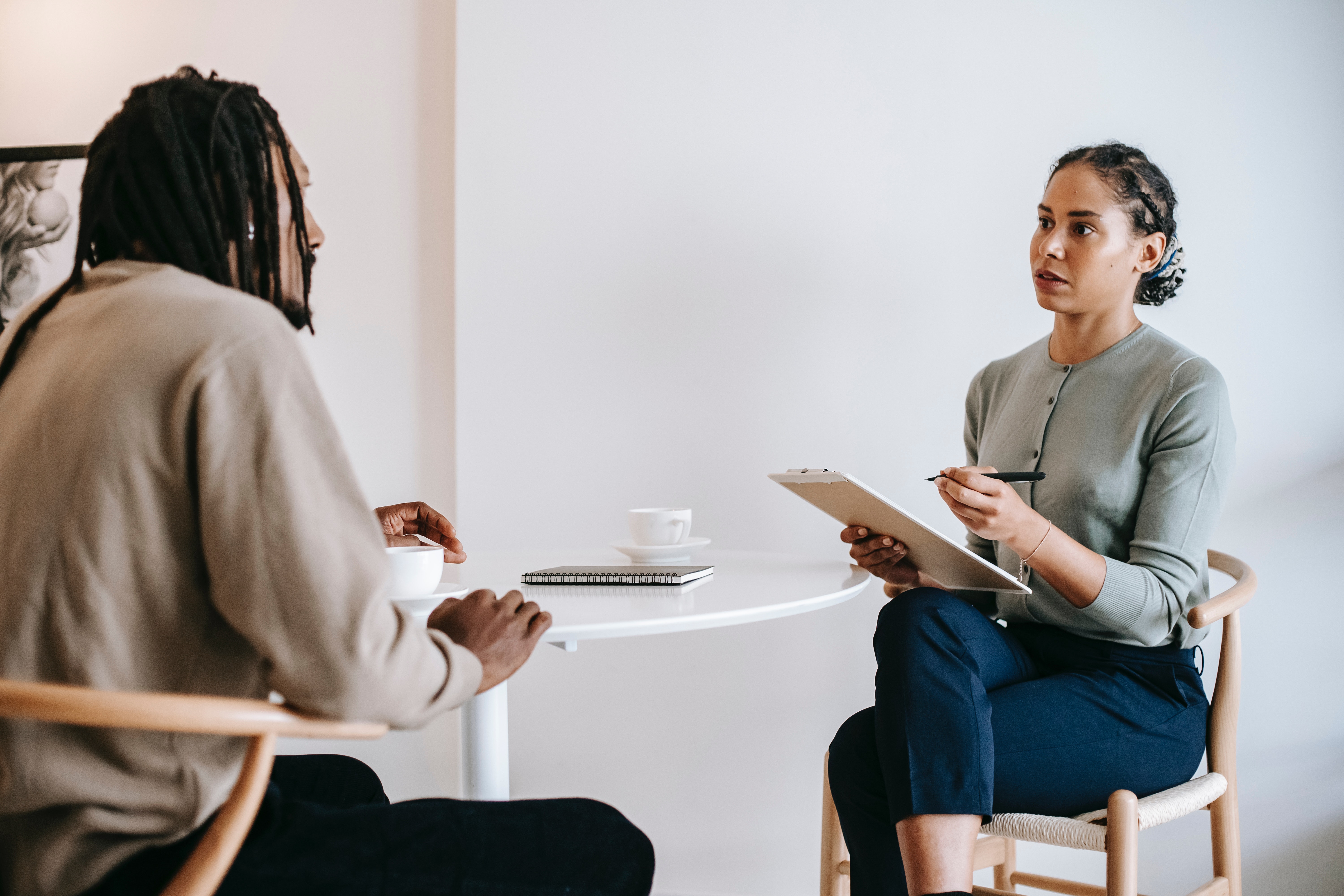 How to answer the Dreaded Interview Question: "What is Your Biggest Weakness?"

One such question is "What is your biggest weakness?" However, there are strategies for responding intelligently to this issue without making a fool of yourself.‍ 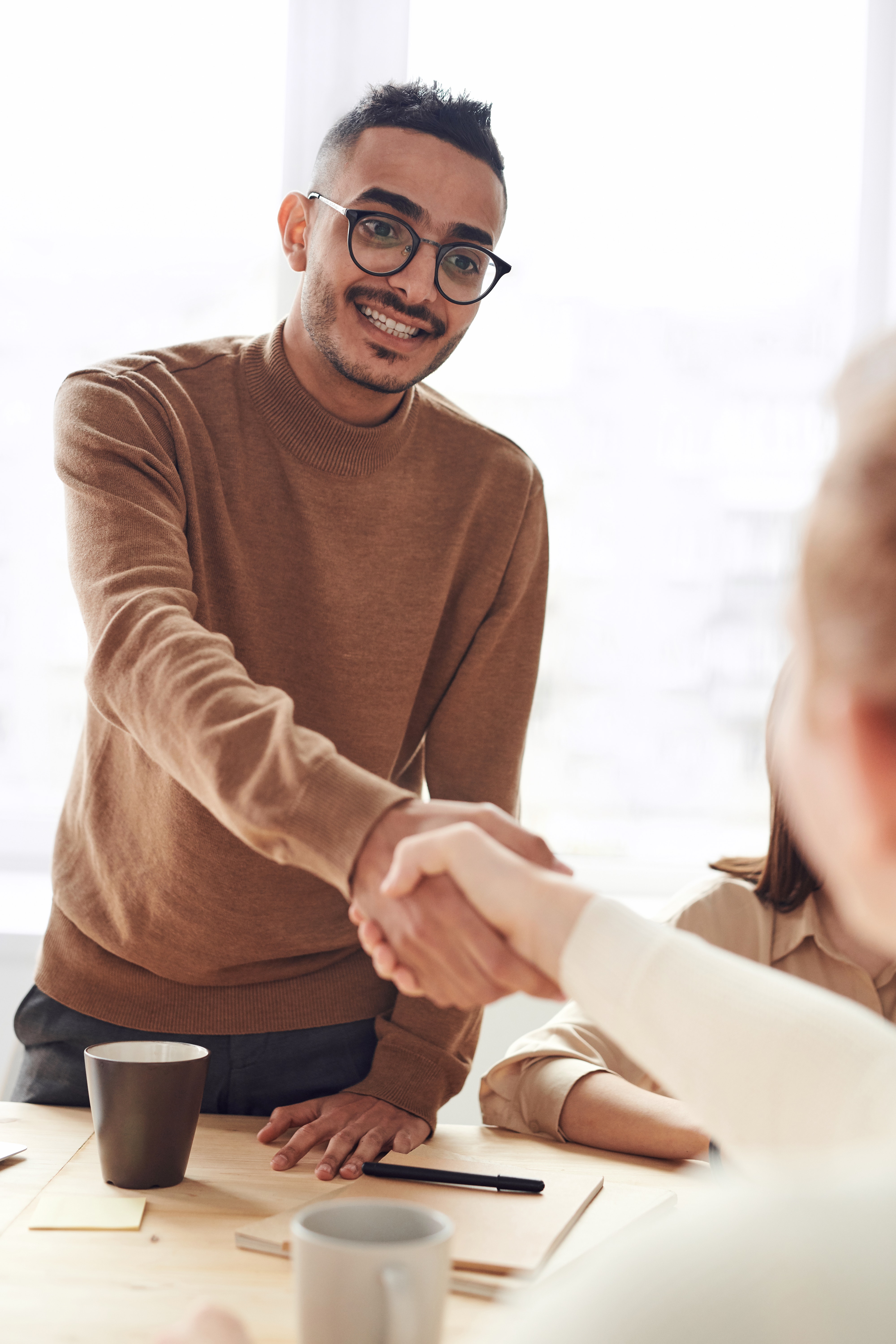 How to Nail a Live Interview: Advice from the Pros

But what if you could take some of the pressure off by doing a practice run with a live interviewer? It is no secret that job interviews are intimidating, nerve-wracking experiences.

Run all your recruitment process with Velents